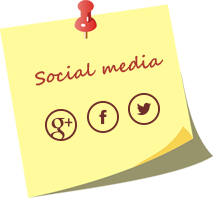 Baselius College rings in the New Year with the celebration of its Patron Saint’s Day in the first week of January to offer glowing tributes to His Holiness Baselios Geevarghese II, the late lamented Catholicos of the East, in whose hallowed name this institution was established in 1964 and which has today grown into a great temple of higher learning in Central Kerala.

His Holiness was an illustrious prelate, who like a lodestar, steered the destinies of the Orthodox Christian Community of India, especially during a very critical period in the history of the Church. As the reigning Catholicos of the Orthodox Church for almost three and a half decades (1929–64), His Holiness left his indelible mark in the socio – cultural domains of Kerala. Sensing the need of the hour, Hiss Holiness pioneered the dissemination of knowledge by founding several educational institutions in the then underdeveloped areas of Kerala. It is in this light that the cultural historians of Kerala have often equipoised His Holiness with other champions of social causes like Sri Narayanan Guru and Chattambi Swamikal. The Holy Father also infused a high sense of spirituality in the minds of many a faithful who often thronged before him, seeking his advice, blessings and solace.

His Holiness was born on 16th June 1874 into the illustrious Kallacheril family of Kurichy. The young Punnoose, as he was called then, began his ecclesiastical training at the early age of nine under the tutelage of the saintly Parumala Thirumeni. He was ordained Deacon in April 1892 and Bishop in September 1912. Metropolitan Mar Gregorios was elevated as the Catholicos of the East on 13th February 1929. In 1934, the Malankara Association elected him as the Malankara Metropolitan. During his tenure as the supreme head of the Orthodox Church of India, His Holiness exhibited extraordinary grace and vision until he was called to his heavenly abode on 3rd January 1964 at the ripe old age of 90.

Baselius College was founded soon after the demise of the Holy Father as a fit monument to perpetuate his vision and mission. Every year, in the season of his memorial day, the College community befittingly celebrates the Patron Saint’s Day and reminisces his days and ways. May his intercessory prayers be our refuge and fort !